Mitigating The Risks Of Title IX Infractions On Campus

Netchex summarizes what HR needs to know about the recent rollbacks to the OCR's gender equality laws in regards to Title IX expectations and standards. 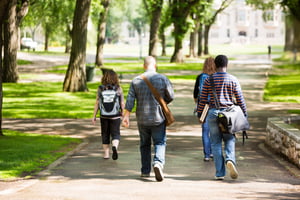 It is important to be aware of the recent rollbacks that were made to the U.S. Department of Education’s Office of Civil Rights’ (OCR) gender-equity law by the country’s current administration, or specifically guidance of Title IX expectations and standards.  To refresh your memory, this amendment debuted in 1972 and prohibits sex discrimination in educational institutions that receive federal funding, and directs how colleges and universities respond to sexual misconduct claims.

Back in September, the OCR issued an interim question-and-answer document, nullifying the Obama administration’s version from 2014 and outlining new directions regarding the policies inherent in Title IX and changes to how schools need to respond to claims.  The department also withdrew a “Dear Colleague Letter” (DCL) from 2011, which established the bases for enforcement of Title IX, including promoting awareness of protection and reporting procedures, as well as response guidelines for sexual harassment and assault claims constituting Title IX violations.


While overall staffing and funding cuts are being proposed to the OCR, the major change issued in the question-and-answer document tackles the burden of proof for Title IX allegations, an area honed in on by Secretary of Education Betsy DeVos.  The 2011 DCL contained an endorsement of a “preponderance of the evidence” standard of proof in administering student discipline, which opponents viewed as too favorable towards complainants in allegation cases and an indicator that the misconduct was more likely to have occurred by the respondents than not.  As a result, the new guidance issued allows colleges the license to apply either a minimal standard, or a more liberal “clear and convincing” threshold for evidence, which is certainly less rigorous than the typical “beyond a reasonable doubt” standard required for a criminal conviction.

Also, in place of the Obama-era directive that mediation was not appropriate “even on a voluntary basis,” the new guidance asserts that colleges are allowed to host an informal resolution process like mediation on a case-by-case basis, as long as all parties agree to it after being presented the rundown of the allegations and offered multiple options for formal resolution.  In addition, colleges no longer have to allow appeals in sexual-assault cases, though they can decide whether they would like to offer them to both parties, or only to the accused.  Lastly, there would no longer be a fixed time limit on how long colleges take to complete an investigation into a claim.  This is a marked departure from the quick 60-day limit offered under the Obama administration’s guidance and instead outlines that an impartial investigation be conducted merely “in a timely manner” in order to satisfy the requirement.

On the burden of proof issue, there is both support and pushback.  Sexual-assault victim advocates opine that the change makes it more difficult for victims to prove their cases and may deter them from reporting harassment and/or assault in the first place.  Others embrace a more stringent standard of proof due to a sentiment that recent newsworthy cases have resulted in too many student expulsions with little or not enough evidence to prove their guilt.  This same contingent asserts that allowing appeals in a not-guilty finding can create a hostile environment for the accused and result in a retrial, despite the accused’s clearing of wrongdoing initially.

Regarding no time limits for investigating the claims, those in favor of a fast process align themselves with claimants and are concerned with the stresses involved in a dragged-out process.  Those in favor of no limits feel that there will be less pressure for the colleges and universities to present a comprehensive investigation.  Public opinion is welcomed and will be factored into the rules that get drafted into a final and formalized version soon to be released by the OCR.

LaborSoft’s innovative technology is one of many integral solutions that keep your business, in business. Our employee relations analytics, case management workflows, and our central repository of documentation streamlines case management to mitigate risk of operational bottlenecks, costly lawsuits, and legal ramifications stemming from HR issues and complaints.

In a cloud-based world the new GDPR regulations attempt to protect users from security breaches. LaborSoft explains how they protect valuable HR...

Toxic Employees – How To Spot Them & What Actions To Take

Toxic employee behavior can set off a chain reaction of negativity. LaborSoft shares how to stop this behavior in it's tracks before it effects your...

The Pandemic Effect on HR: Why Employers Are investing in New HR Tech

As companies return to work, HR is scrambling to acclimate to the post-pandemic workplace. LaborSoft explains how investments in new HR technology...