What HR Should Know About Retaliation in the Workplace

HR needs to be cognizant of what constitutes retaliation in the workplace. LaborSoft breaks down the legal details and how HR can handle retaliation claims.

What You Should Know About Retaliation in the Workplace 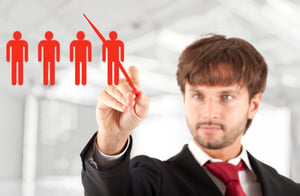 It is a staggering statistic—the EEOC’s Charge Statistics published that retaliation rose steadily from 22.6 percent in 1997 to 49 percent in 2017.  This means that nearly half of all charges filed with the EEOC in 2017 were related to retaliation!  Being cognizant of this is increasingly more important in today’s business landscape, and knowing the following facts is essential for HR.

Retaliation Case Makes it to the Supreme Court!

In a case called Burlington Northern & Santa Fe Railway v. White, a forklift operator claiming sexual harassment had her job duties reassigned by her manager.  While the plaintiff purported the action to be retaliation, Burlington Northern & Santa Fe’s defense claimed that since no materially adverse action transpired (such as demotion or firing), that it was not retaliation.

In response, the Supreme Court answered with an objective test for retaliation as follows:

“. . .a plaintiff must show that a reasonable employee would have found the challenged action materially adverse, which in this context means it well might have dissuaded a reasonable worker from making or supporting a charge of discrimination.”  This determination outlines that behavior is not necessarily arbitrary, but can be considered as materially adverse in a case.  So, if an employer’s action (not necessarily manifesting in a drastic or final result such as termination or demotion) creates a hostile environment that may deter other employees from exercising their protected rights, it can be deemed as an adverse employer action.

The Supreme Court also stated in the objective test that an “act that would be immaterial in some situations is material in others.”  This makes the matter even more confusing and convoluted, but basically means that any retaliation claims are evaluated in the context of the underlying circumstances, and cannot be separated or considered in isolation.  In light of this in the Supreme Court case, though Burlington Northern & Santa Fe argued that the supervisor’s actions were immaterial, the Court outlined that it was the impact of the employer action that was relative to the overall circumstances, not the magnitude of the actions that mattered.

To make this clearer, another example would be if a single mother with limited commuting options filed a discrimination claim against her employer based on the fact that her employer changed her shift time, and in effect created a hardship by hindering her ability to pick up her children after work.  While this shift change may not impact other employees the same way if it was exercised for them, the fact that it does impact this woman’s ability to fulfill her role as a mother effectually makes it retaliation.

Motive is not the Modus Operandi

It is essential to understand the characteristics that separate retaliation from other misconduct claims.  It is also critical to grasp that retaliation claims must be considered independently from retaliation claims.  Thus, you must not interpret the Supreme Court’s objective test’s focus to be if the employer intended the action to have the subsequent result, or assume that the action relies on the employer’s motivation.

For example, Lori Deem, a plaintiff’s attorney with Outten & Golden asked: “Why, so often, does an employer win a discrimination claim and then turn around and lose a retaliation claim?”  The answer to this is twofold—first, employees do not always identify the large range of adverse treatment which can be considered bases for retaliation claims and secondly, juries can generally understand or justify acts of revenge over acts of discrimination.

It is important to stay current on recent cases or updates on employer retaliation from the higher courts.  As is normally the case, HR needs to be on top of documenting any employee misconduct regularly, and have a concrete channel and protocol in place for reporting complaints.  These steps are integral in minimizing the risk of an employee filing a discrimination or harassment claim, so that there is a higher chance of having documented paperwork on the issue and, in turn, a lesser chance of being blindsided by a sudden claim.

LaborSoft’s innovative technology is one of many integral solutions that keep your business, in business. Our analytics, case management workflows, and our central repository of documentation streamlines HR case management to mitigate risk of operational bottlenecks, costly lawsuits, and legal ramifications stemming from HR issues and complaints. This sensitive data requires that maximum security protocols are in place and that your information is protected at all times.

3 Ways Nepotism in the Workplace Harms Your Company

Nepotism in the workplace can be damaging to employee engagement and retention. LaborSoft breaks down the damaging scenarios that HR professionals...

With Remote Employees becoming more common HR must learn to deal with worker’s compensation claims for in-home injuries. How should the claims be...

The Pandemic Effect on HR: Why Employers Are investing in New HR Tech

As companies return to work, HR is scrambling to acclimate to the post-pandemic workplace. LaborSoft explains how investments in new HR technology...