drugs in the workplace

The Mess of Marijuana and The Workplace for HR

The decriminalization of marijuana has added unexpected complications for HR. LaborSoft shares what you need to know about marijuana use and your workforce 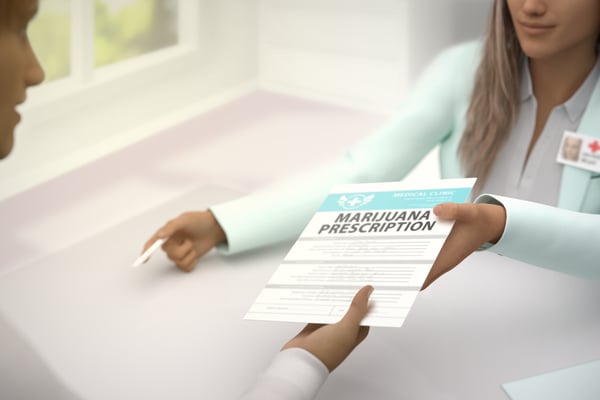 The mess of marijuana and the workplace

The recent legalization of medical marijuana usage and decriminalization of recreational marijuana use across many states in the nation has produced a paradigm shift for drug policy reform, most notably in the corporate sector.  While many state laws have recently been reformed and passed, they are still changing all the time, making it difficult for HR managers to keep pace and incorporate changes into their respective employee policies quickly enough.

This has become a very confusing issue for everyone—from everyday citizens to small business owners and HR professionals.  First, marijuana is still considered illegal in the eyes of federal law, but at this point in time, 38 states have decriminalized marijuana to some degree.  And, of those, 14 states have passed laws that forbid employees to be terminated on the basis of using marijuana while off-duty or off-premises.  In these states, it is increasingly important that HR departments exercise caution when crafting drug testing and enforcement policies, since case law is still materializing and being defined as we speak.

For example, in Colorado in Coats vs. Dish Network, LLC, a Dish Network employee lost his lawsuit against his employer when he was terminated after failing a random drug test.  Though marijuana use is considered lawful in that state, the Colorado Supreme Court sided with the company and the overarching federal law, setting a new precedent.  In contrast, in State of Connecticut vs. Connecticut Employees Union Independent, the Connecticut Supreme Court overturned the termination of an employee for using marijuana during work hours, proscribing termination for a lesser disciplinary measure.  The stark contrast between these decisions demonstrates the vast expanse that exists in interpreting the state laws and assimilating them into workplace drug policies.

While it is critical for companies to incorporate a company-wide drug policy, it must be reviewed first to see if it is in line with state laws where your company operates, and that it is tailored to your industry.  For example, if your organization requires the operation of commercial vehicles, then you are required to administer Department of Transportation-regulated drug testing.  However, even if your company does not fall within the confines of a regulated industry, it is still a good idea to adopt a marijuana-specific drug policy, since if you don’t, you run the risk of being charged with unlawful termination or could face a lawsuit if termination is based solely on a positive drug test.  Whatever you decide, it is important for HR to have a policy to “fall back on” if you suspect a worker is intoxicated while on the job.

However, it is important to be leery when dealing with an employee who may be using marijuana IF they are doing so to treat a medical condition.  Under the auspices of the ADA (Americans with Disabilities Act), employers with 15 or more employees are prohibited from discriminating against those with disabilities or medical conditions.  This can be a very precarious area, since the ADA is usually upheld within the state and local court system, so if you were to challenge it, it could be a lengthy and expensive battle if brought before an appellate or federal court judge.

LaborSoft’s innovative technology is one of many integral solutions that keep your business, in business. Our analytics, case management workflows, and our central repository of documentation streamlines case management to mitigate risk of operational bottlenecks, costly lawsuits, and legal ramifications stemming from HR issues and complaints. This sensitive data requires that maximum security protocols are in place and that your information is protected at all times.

drugs in the workplace

As casual becomes common owners and HR managers are left wondering what to do about workplace dress codes. LaborSoft offers some advice about your...

I Spy Employee Monitoring in the Workplace | LaborSoft

Employee monitoring is virtually unregulated and happening at any given time. LaborSoft covers how it's being done and what you need to know about...

Managing the Union Grievance Process without All the Headaches

Mishandling a union grievance can have dire consequences for your organization. LaborSoft describes best practices for HR when managing the grievance...