The Importance of Creating a Gender Inclusive Workforce

LaborSoft explains why gender inclusivity in the workplace matters to HR, how it effects an organization, and ways HR can encourage it. Learn more.

In recent years, "gender inclusivity" has come to take on new meaning - is your HR department adapting to fit? 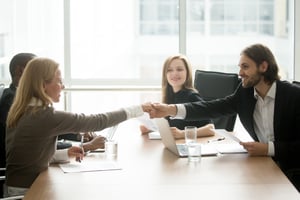 In previous decades, gender inclusivity referred almost exclusively to creating opportunities for women in the workplace.  By many metrics, this is still an ongoing struggle - by recent studies, women still only hold around 21% of executive roles.  However, gender inclusivity has evolved into a more complex HR responsibility.

The recent empowerment of the trans community as well as non-binary employees, who otherwise do not conform to typical gender roles or appearances, have had companies adapt their HR policies and even infrastructure to accommodate and support this new influx of employees. Millennials and those under 40 years old account for a solid bulk of the workforce and champion on behalf of the LGBT+ community. As this number increases, the expectation, or rather norm, will be a high level of gender acceptance and inclusivity in the workplace.

Why Gender Inclusivity Matters In HR

Let’s take a step back for a minute and remind ourselves why the evolution of a diverse workforce is imperative to a business thriving. Multiple studies have concluded that having a highly diverse workforce is simply more productive and profitable than a monoculture.  For example, diverse teams outperform monocultures by 35%, and gender-equal teams earn 41% higher revenue.

This should not be surprising.  The natural world is full of examples supporting this idea.  Monocultures are vulnerable to disruption, such as the many times banana crops have been wiped out by viruses.   On the other hand, highly diverse species and ecosystems flourish, because they have more resources at their disposal.  They have more tools in the toolbox, so to speak.   The same is true of business ecosystems.

So, while on the surface the drive towards inclusivity seems to be "political correctness," it is in fact, more involved. It’s part of a sociological progression that should be supported in order to advance.  Companies which embrace tolerance and inclusive hiring practices are highly likely to be rewarded for this in both recognition but moreover in productivity and success.

On the other hand, those that continue to reject inclusive practices will be facing a dual threat:  Public disapproval, combined with an ever-increasing likelihood of lawsuits.  Plus, as of late, there is currently a case being considered by the Supreme Court which may officially declare LGBT+ people to be a protected class under gender discrimination laws. While the outcome of that case is still unclear (it won't be decided until summer 2020)  even without overt legal protections, the public mood is increasingly siding with LGBT+ people, and against those who oppress them. And, in today’s society where viral media and influencers prevail. public perception can make, or easily break, business intentions.

Encouraging Gender Inclusivity Within Your Workplace

There's no best practices or handbook yet per say for HR departments who wish to encourage more diversity in their hiring practices.  However, there are numerous suggestions for those who want to get started.

While still in its infancy in the workplace, we’ve seen gender inclusivity in reference to this new segment of workforce come a long way in a short period of time. And this is expected to increase over the next few years. It behooves HR departments to revisit corporate policies and procedures to ensure they are compliant and supportive of all employees.

LaborSoft’s innovative technology is one of many integral solutions that keep your business, in business. Our employee relations analytics, case management workflows, and our central repository of documentation streamlines case management to mitigate risk of operational bottlenecks, costly lawsuits, and legal ramifications stemming from HR issues and complaints.  Contact us for a customized demonstration and learn how LaborSoft can help you improve communications, build a more collaborative, safe, and supportive workplace, while reducing the likelihood of costly litigation.

Laying the Groundwork for HR Investigations

To avoid HR investigations becoming an operations bottleneck or worse, a costly settlement, HR managers should consider these pre-investigation steps.

Managing employee issues can be timely and costly for HR. LaborSoft shares 5 must haves if you are considering using HR case management software to...

Ways to Manage Stress and Minimize Issues in the Workplace

LaborSoft describes the different ways that HR can help employees manage their stress levels in order to help maximize satisfaction, morale, and...